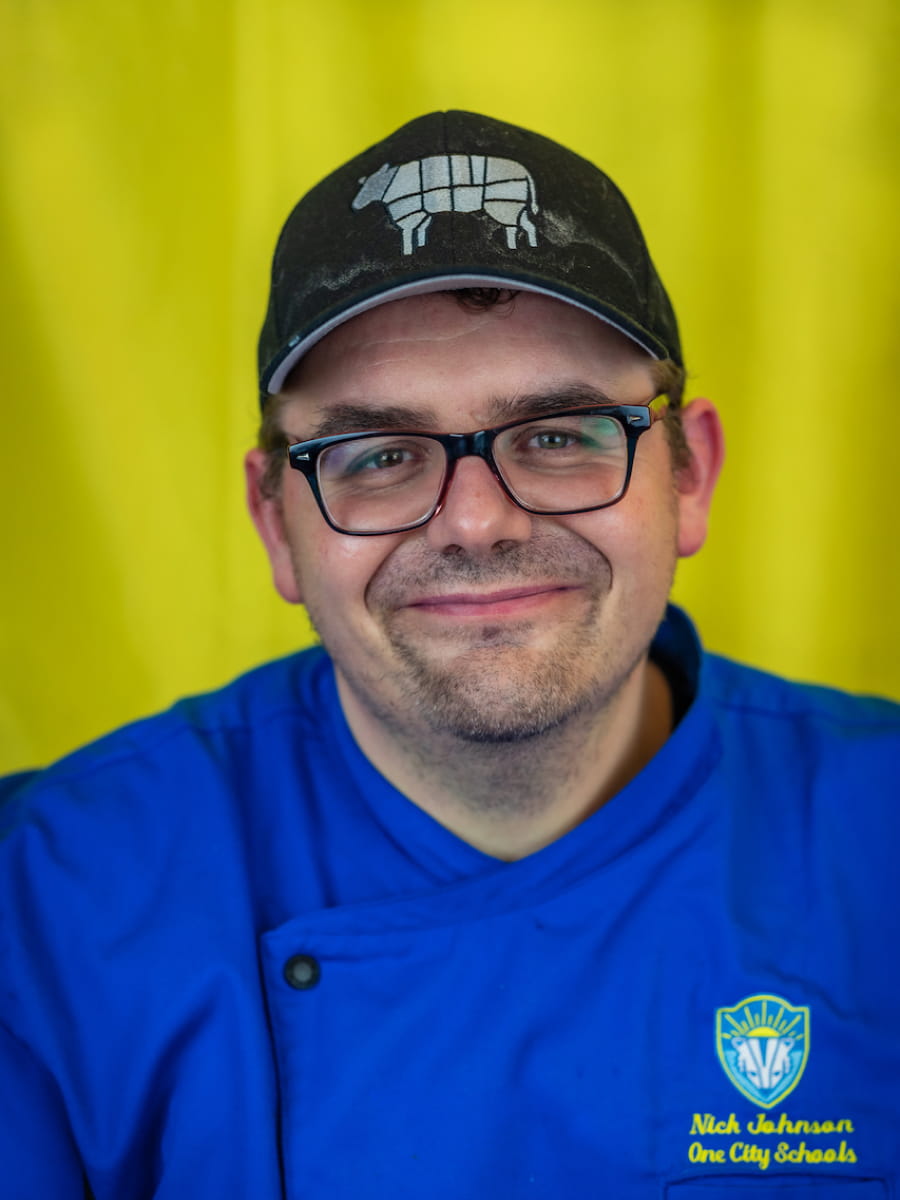 Although born and raised in Stoughton, WI, Nick considers himself a Madisonian. Nick graduated from Madison Area Technical College’s highly regarded Culinary Arts program in 2003 but started his professional cooking and Chef career in 2001 at the well-loved and award winning establishment, Restaurant Magnus in Downtown Madison. Nick spent more than 10 years at Magnus developing and establishing himself in the local Culinary world. During that decade, Nick gained national recognition for his work.

After the closure of Restaurant Magnus, Nick was the chef at other local establishments such as 43 North, Gotham, 1847 at The Stamm House, Rare Steakhouse and DelecTable. He and his wife Kelly have three beautiful children, Harper, Hayden and Hunter. Having children influenced this stage of his professional journey: applying his skills and knowledge to efforts that help influence and impact the lives of younger generations with whom he wants to share the interaction and importance of food and how it plays a role in daily health, both physical and mental, before and beyond
consumption.