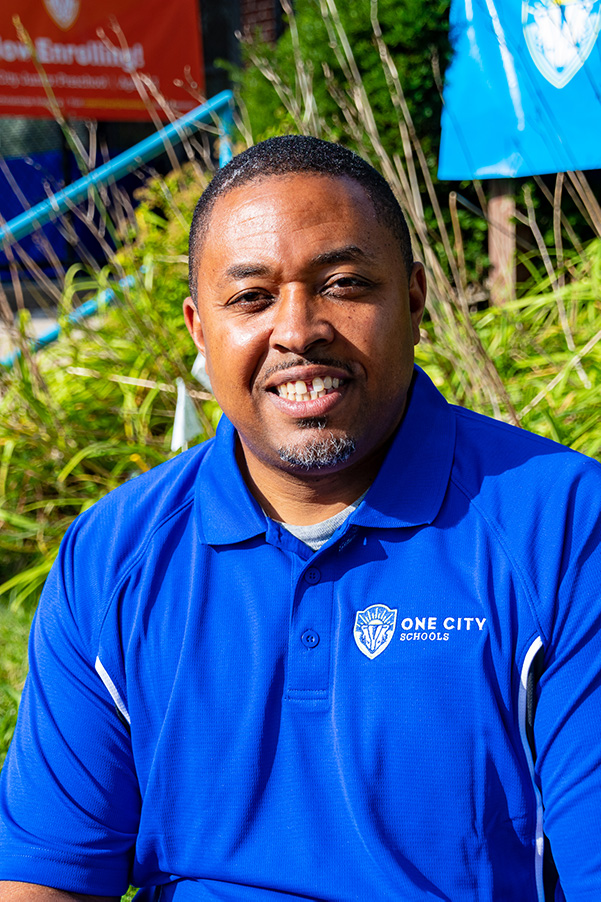 Kaleem Caire is the founder and CEO of One City Schools, the operator of One City Preschool and One City Elementary School. Both schools are focused on getting young children ready for school success. Prior to One City, Kaleem was the President and CEO of the Urban League of Greater Madison in Madison, WI and chair of the National Urban League's Education Committee. Prior to the Urban League, Kaleem held other executive leadership positions with Target Corporation, Fight For Children of Washington, DC, Black Alliance for Educational Options (BAEO), American Education Reform Council, Wisconsin Center for Academically Talented Youth (WCATY) and the Wisconsin Department of Public Instruction.

fIn 2008 Kaleem was among the first recipients of the University of Wisconsin's Forward Under Forty Award and in the same year, was named a Distinguished Alumni by the University of Wisconsin Alumni Association for his work in education and community development. He was also the youngest recipient of the City of Madison's (WI) Martin Luther King, Jr. Humanitarian Award in 2001 and the Urban League of Greater Madison's Whitney Young Jr. Award (2001), and has received numerous awards and recognition for his work in the public, private and nonprofit sectors.

In 2001, Kaleem commissioned the nation's first comprehensive study of high school graduation rates in the United States, which resulted in graduation rates being embedded in the nation's No Child Left Behind law and forever becoming a measurement of the productivity of American education. In 2002, he was appointed by the U.S. Secretary of Education Rod Paige to serve on the Independent Rules Panel that advises the U.S. Congress on the evaluation and implementation of Title I (then referred to as No Child Left Behind). From 2002-2004, he led a coalition of education, business, philanthropy and community leaders in Washington, DC to secure the passage of landmark legislation that created the nation's first federally funded school voucher program and has since provided more then $900 million net new federal funding for school reform efforts encompassing DC's traditional public, public charter and private schools. In 2009, he was appointed by the administration of President Barack Obama to serve as an expert reviewer for his signature ""Race to the Top"" national education reform initiative.

Kaleem's life commitments are to create opportunities in places where people need them the most, to move people from poverty to prosperity and to raise strong and caring children in his own home. His work in education has been chronicled in news articles, research papers and books over the last 20 years.

Kaleem is married and has five children ages 13 to 27. He holds a bachelor's degree in education from the University of Wisconsin-Madison, has a Grassroots License with the United States Soccer Federation and is a part-time volunteer coach with the Wisconsin Rush Soccer Club. He is also a Pahara-Aspen Institute Fellow."