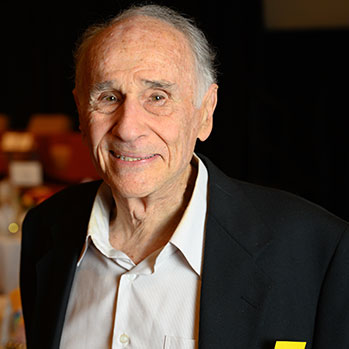 From November 1, 1974 until his retirement in 2009, Gordon Derzon served as CEO of University of Wisconsin Hospitals & Clinics (the predecessor to UW Health), the state's largest hospital. He guided this internationally acclaimed teaching and research hospital through a period of tremendous change, growth and success, and through challenging times in American health care as well. During his tenure, Gordon oversaw the initial building of the University of Wisconsin Hospital in its current location (it used to be located on University Avenue), as well as the development of cooperative health service arrangements with the Veterans Administration Hospital in Madison, an automated cart delivery system for patients, a strike by hospital service employees, restructuring of the hospital into a public authority, additional renovation and expansion of the hospital, and the creation of a helicopter emergency service.

Gordon also steered UW Hospitals & Clinics through the development of  managed care health maintenance organizations (HMOs) that at the time, "threatened the financial viability of high cost teaching hospitals". He also led the organization through its early years of a transition to a vertically integrated system, where the insurance company (Unity), the hospital and the doctors (formerly UW Medical Foundation) all came under one umbrella.

Besides his timely leadership and cutting edge work for UW Health, Gordon has been deeply involved in community initiatives relative to health and education locally, nationally and internationally. In 2010, he helped Access Community Health Centers raise $5 million to construct its newest South Madison location, as the chair of its capital campaign. From 2015-16, he helped One City Early Learning raise $1.5 million to renovate its current location. He also sits on the Boards of Directors of Agrace HospiceCare, Madison College Foundation, and Combat Blindness International, and has been a long-time member and past chair of the American Hospital Association.

A native of Milwaukee, Wisconsin and a graduate of Shorewood High School in Shorewood, Wisconsin, Gordon received his bachelors or arts degree in International Relations from Dartmouth College in 1957. He then received a certificate in Industrial Relations from the London School of Economics in England, followed by a Masters Degree in Hospital Administration from the University of Michigan-Ann Arbor in 1961. Prior to leading UW Hospitals and Clinics, Gordon served as an administrative resident with Brooklyn New York (1960-1961); then administrative assistant (1961-1963), assistant executive director (1963-1965), and executive director (1966-1968) of the State University Hospital in Brooklyn; then as executive director of Kings County Hospital Center in Brooklyn (1968-1974), associate professor with the State University of New York Downstate Medical Center (1967-1974), and adjunct professor at Brooklyn College of Pharmacy of Long Island (NY) University.

Gordon and his wife Gail have a daughter, Ann, and reside in Madison and Hawaii. His brother Robert (1930-2009) also had a distinguished career in health care, having served as the associate director of New York University Medical Center, and as well as the commissioner who organized New York's 17 largest hospitals into one public health authority. In 1977, Robert reorganized Medicare and Medicaid into a single federal agency as an appointee of U.S. President Jimmy Carter.